360 Power Tools is reader-supported. We may earn commissions on qualifying purchases. >

You can’t shop for power tools without coming across DeWalt tools. This popular brand has been around for years, and it’s one of the leading power tool manufacturers. In this post, we break down the DeWalt brand, its history, production, warranty information, and show you where to buy.

DeWalt certainly has a lot of brand recognition, but you might not know why it’s such a widespread tool company. Learning a bit about their background can help you understand the process behind the products and why DeWalt might be the best brand for you.

DeWalt has a fascinating history of innovation and expertise. In 1922, Raymond E. DeWalt invented the radial arm saw. This was one of the first saws that could cleanly do a crosscut on a stationary piece of wood. DeWalt’s invention quickly took off, and in 1923, he founded a company to market his product. This company grew quickly and became a producer of other tools in addition to saws. During World War II, DeWalt assisted the war effort by helping to produce machinery for the military.

DeWalt power tools continued to be a trade secret until the 1980s. At this time, Black & Decker vice president Michael Hammes started a new initiative. Hammes wanted to enter the heavy-duty tool market but knew most builders weren’t interested in Black & Decker tools. He encouraged the company to revitalize the DeWalt brand for their new line of high-end professional tools.

Starting in 1992, DeWalt became the branch of Black & Decker that sold strong, durable tools for professionals. To completely relaunch the brand, Black & Decker knew they’d need to do more than just promote the name. They also invested a lot of money into improving and enhancing the DeWalt lineup. During the 1990s, DeWalt took over ELU, a German power tool producer. They used ELU’s high-caliber, European technology to create a whole new line of tools.

By 2001, DeWalt manufactured over 200 types of hand power tools and more than 800 tool accessories. These tools included a lot of saws, drills, and other power tools. The durability and helpful features of these tools made them popular among commercial contractors. Since then, DeWalt has continued to expand its line of tools. They also produce hand tools, like pliers and hammers, and mechanics’ tools like sockets and wrenches. DeWalt even produces a smartphone designed to operate in extreme temperatures and withstand long falls.

Ultimately, DeWalt got its start as a specialized brand that produced helpful power equipment. After years of investment from a major tool manufacturer, DeWalt has become the brand of choice for many professionals. Though they’re mostly popular among professionals, their solid reputation has attracted some casual tool users as well. Many serious DIYers pick DeWalt because they want a reliable, long-lasting product.

DeWalt has gone through a lot of changes over the years. Here are a few of the company’s main milestones.

DeWalt has produced hundreds of different tools and accessories over the years. Whatever product you buy, you can count on DeWalt to make a reliable, effective tool. What makes DeWalt tools so noteworthy? Their design and manufacturing process has some unique perks.

DeWalt currently sells hundreds of different types of tools and accessories. They also produce multiple variations of a tool, so you can choose one made in the USA or manufactured at one of their international factories. Ultimately, just about any tool you need for a project can be found at DeWalt. Here are some of their best-selling tool types.

DeWalt’s undergone a lot of manufacturing changes over the years. They started out with a small plant in Leola, Pennsylvania, and gradually expanded around the world. Since the company is international, they produce tools in multiple places. Currently, DeWalt has facilities in the United States, Brazil, China, Czech Republic, Italy, Mexico, and the United Kingdom. They tend to produce products in different places depending on demand. For example, USA contractors are interested in cordless products, so most DeWalt power tools cordless are made in the USA.

DeWalt recognizes that there’s a big demand for domestic products, so they clearly label each tool’s place of origin. Items with the “Made in the USA” tag are assembled at one of DeWalt’s American plants. They have manufacturing plants in Connecticut, Kentucky, Maryland, North Carolina, South Carolina, and Tennessee.

Regardless of where DeWalt tools are made, they still have the same focus on quality. Both domestic and foreign products use durable steel, rubber, and other sturdy materials. Their whole line showcases innovative designs like Active Vibration Control, Diamond Edge blades, and lithium-ion DeWalt 20V battery types.

DeWalt is a leader in the production of sustainable tools. They use a brushless motor design that allows for more efficient energy transfer. DeWalt tools can have up to 57% more runtime compared to brushed motor tools. Their designs also minimize harmful fume production and produce less dust during use. When a DeWalt tool or DeWalt power tools battery reaches the end of its life, you can send it back. The company will safely recycle it for you.

Another interesting thing you should know about DeWalt is that they’re consistently No. 1 in customer satisfaction. Multiple surveys have found that people consider DeWalt to be the most trusted power tool brand. It has the highest level of brand recognition among professionals. Contractors also rate DeWalt as the brand they use the most.

The majority of DeWalt tools come with a three-year limited warranty. The company states that they’ll replace any part or product that has defects due to faulty materials or manufacturing. This warranty covers all basic power tools like drills, saws, and sanders. If one of these products comes with a high-impact carbide or masonry drill bit, any broken bit will be replaced free of charge at any time.

In addition to the basic power tool warranty, DeWalt tools also have a one-year free service contract. During the first year after purchase, DeWalt will replace any worn parts caused by normal use. They also have a 90-day money back guarantee. If you dislike your DeWalt power tool for any reason, you can return it for a full refund within 90 days of purchase.

If you pick other DeWalt tools, you might encounter other warranties. Any DeWalt mechanic tools have a full lifetime warranty. You’ll also get a limited lifetime warranty if you get any DeWalt hand tools. If you get a compressor, it will have a one-year warranty. Always check your product carefully to see its specific warranty.

Since so much of DeWalt’s reputation relies on their tool quality, they try to make it easy to repair things. If something breaks, the tools are typically simple to fix. DeWalt sells some replacement parts on their website under the DeWalt power tools accessories section. You can also send your tools to an official DeWalt service center to get parts replaced.

Since DeWalt is a popular brand, many other manufacturers make replacement parts as well. These non-official parts are often cheaper than DeWalt parts. You’ll just need to carefully check the dimensions to ensure compatibility if you order parts from another company.

Interested in finding out more about DeWalt power tools? Here are some helpful resources to check out.

Stay on top of any changes at DeWalt by regularly checking their press releases. Here’s all the latest news from DeWalt.

Though rare, every now and then DeWalt will need to recall a product. See if any of your tools are on their recall list.

DeWalt doesn’t usually sell its products directly. Though you can browse the DeWalt website to see product specifications, you’ll need to order through an authorized retailer. Fortunately, this is quite easy. Since DeWalt is so popular, just about every home improvement store carries its products. You can find DeWalt power tools and kits at big box stores like Home Depot. They’re also sold through many small, local hardware stores and other independent retailers. Here are a few of the many places you can buy DeWalt tools.

Love the design of DeWalt tools but not the price? These tools do cost a little more than other brands, but there are plenty of great ways to save money. Your best option is simply shopping around. Since so many companies carry DeWalt, the same tool can cost far less at some locations.

It’s also a good idea to keep an eye out for special deals. DeWalt tools often go on sale around times like Labor Day and Black Friday. In addition to holiday deals, you can also get big savings right after a new model comes out. Often, stores will sell the older, very similar model at a much cheaper price. Check these sites now for great deals.

DeWalt tools are certainly great, but they’re not the only option. Here are a few other manufacturers known for creating reliable tools for professionals.

DeWalt has a pretty large online presence. Here are a few of the ways you can interact with the company online.

If you’ve got any questions about DeWalt products, the company is happy to assist you. Here are a few ways you can get in contact with them.

Ultimately, DeWalt is a solid brand of tools. They can cost a little more to purchase, but they’re a wise investment. These tools tend to be very reliable, and the company will help you fix them if anything goes wrong. In addition to being long-lasting, they’re also very effective.

Innovations like the DeWalt 20V battery and shock absorption make these tools easy and comfortable to work with. Whether you’re a serious professional or an interested hobbyist, DeWalt tools are an ideal choice. 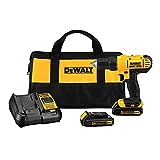 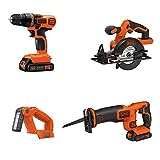 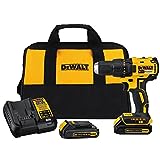 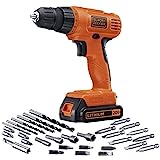 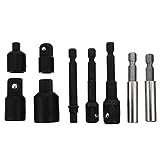 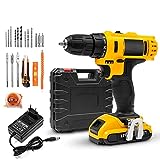 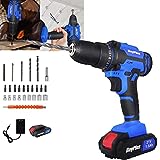 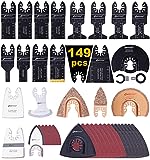 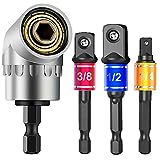 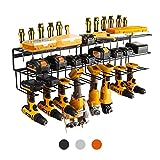